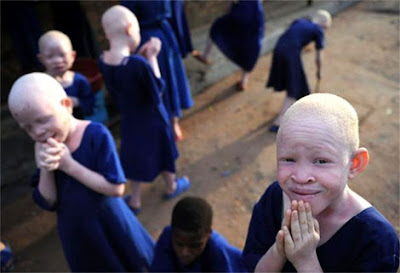 The dismembered body of a young albino boy has been found in a river on the Burundi-Tanzania border, reports say.

The boy, aged nine, was taken from Makamba province in Burundi by a gang that crossed the border, the head of Burundi's albino association said.

Kassim Kazungu told AFP the remains had been recovered from the Malagarazi river and given a formal burial.

Albino body parts are prized in parts of Africa, with witch-doctors claiming they have special powers.

In Tanzania, the body parts of people living with albinism are used by witch-doctors for potions which they tell clients will help make them rich or healthy.

Dozens of albinos have been killed, and the killings have spread to neighbouring Burundi.