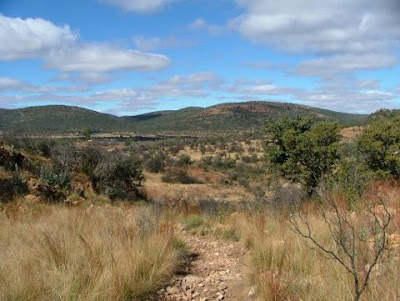 News has reached me of a further farm killing earlier this month. News reports have so far been very limited, and there is nothing that I can find in the English language press. However, according to the Afrikaner press four Mozambicans have been arrested in Soweto following the gruesome murder of a 50 year old farmer at his small holding near Meyerton in South Africa's Gauteng province.

The men are also accused of the repeated rape of the victim's daughters aged 16 and 18.

Allegedly the murderers waited for the victim to return home. After the 16 year old daughter opened the door for her father, they shot him and forced their way into the house where the rapes then took place. The attackers fled with a radio,TV and the family's BMW. However, the vehicle together with the stolen property was later found abandoned.

I will post further information on this killing if I get it. This now means that, at least 3,108 white South African farmers have been murdered since the end of Apartheid.
________
From Dina
Posted by Sarah Maid of Albion at 13:18