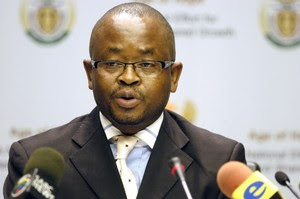 "We think it is ludicrous in the extreme," he said in response to a petition by an unnamed farmer to the United Nations.

"There is no wholesale attempt or process to commit genocide against Afrikaner farmers. Although we acknowledge that there is crime affecting farmers, government is dealing with all incidents of crime, not just attacks against farmers.

In a petition submitted to the UN, a farmer, who wants to remain anonymous, has accused the ANC-led government of committing genocide against the "Afrikaner Boer".

"The second act of genocide committed against the Afrikaner Boer nation is by the ruling ANC government in South Africa," read the preamble to the petition, which was posted on the website www.stopafrikanervolksmoord.co.za on Tuesday.

"No doubt that the perpetrators of the crime against humanity of apartheid, has become the victims of those people whom they oppressed during the years of apartheid. This petition acknowledges the crime of apartheid," it read.

It was submitted to the office of the UN special adviser on the prevention of genocide, assistant secretary general Francis Deng on Wednesday, according to lawyer Fanie van der Walt.

He said he was acting on behalf of the farmer, who had relocated for his own safety.

The petition asked that the UN Security Council and General Assembly "allow the study of the possibility of the ANC government using criminal gangs (including foreigners and particularly Zimbabweans and Mozambique citizens) as well as through the clandestine use of the South African National Intelligence Agency (NIA), the utilisation of the [Umkhonto we Sizwe (MK)] veteran soldiers and the South African Police Services, to execute these farmer murders and attacks".