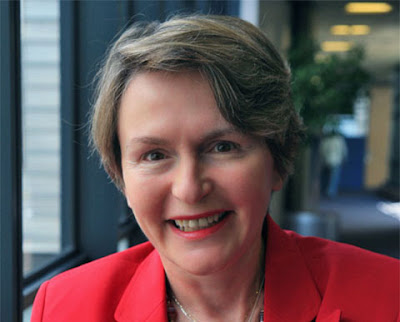 By Helen Zille, Premier of the Western Cape and head of South Africa's
opposition Democratic Alliance
Note: An ongoing news story in South Africa involves the scandalous allegation that residents a housing development in Makhaza, Khayelitsha. in the Western Cape, which is under the control of the opposition Democratic Alliance were forced to use open toilets, however, as in so many things where politics are involved the situation may not be quite as it appears

Another step closer to the truth behind the toilets saga

One of the ground rules of political communication is captured in the aphorism: When you're explaining, you're losing.

But like all rules, there are exceptions. When things are not what they seem, I believe it is important to explain why. During the Erasmus Commission for example, people advised me to stop talking about the matter because I was merely playing into the hands of those trying to smear me.

I didn't listen and instead used every platform to get the truth across. That we were vindicated of any wrongdoing, coupled with the High Court's finding that former Premier Rasool had violated the Constitution in setting up the illegal Commission, justified my breaking this rule.

I have decided to break it again by explaining another poorly-understood issue: the "open toilets" saga.

Let me be clear at the outset: nothing justifies an open toilet. It is an affront to human dignity. But that is precisely why this saga, as it has been told and re-told over the past six months, makes so little sense. There are too many contradictions and unanswered questions. And too few facts.

The media have reported, again and again, that 55 families in Makhaza were forced to relieve themselves in full public view for over two years. This has been repeated so often, in various ways, that I believed it was true. I apologized in Parliament. And I asked myself: how was it possible for this to happen under a DA administration, and on my watch as Mayor?

But the more I thought about it, the less the story hung together:

If this project started in 2007, why did I only hear about it in January 2010? Why did no-one protest sooner?

Why did none of the numerous DA public representatives in Khayelitsha, ever raise the alarm?

Why had the vigorous local Khayelitsha media never reported on so newsworthy a matter?

During that period, I had participated in numerous talk shows on the local Khayelitsha radio station. Why had no listener ever called in to complain?

Even more mystifying was why the ANC didn't use the "open toilets" against me in the run-up to the 2009 election?

And most puzzling of all: why did Andile Lili, the project's paid facilitator since 2008 (as well as a local ANC Youth League leader), only start to protest against the project when it was 96% complete? Indeed, given that he was the project facilitator, why was he protesting at all?

The answer is simply this: there were, in fact, no open toilets in 2007 or 2008 or indeed until the end of 2009. The 55 toilets that remained open were those installed in the very final stage of the upgrading project -- in November 2009 -- when 96% of the 1,316 toilets provided for each family had already been enclosed. For some reason, the last 55 were not.

Following a newspaper photograph of an open toilet in January 2010, Mayor Dan Plato immediately ordered them to be covered, despite the objections of the 1,261 families who had enclosed their own toilets. But on January 25th, when the City arrived to enclose the toilets, they were prevented from doing so by a small group of people claiming to represent "the community". Two subsequent attempts by the City to erect enclosures, were thwarted when the ANCYL tore them down, despite almost all the individual families requesting, in writing, that the City enclose their toilets.

During the time that the 55 toilets remained open, no person was "forced" to use them. The community is well serviced with an alternative option - one enclosed toilet for every five households which is the national norm for incremental upgrading projects. Given that 96% of the families in the project now have their own toilets, the communal toilets are free most of the time.

In other words, the repeated allegation that - "for two years, 55 families in Makhaza were forced to relieve themselves in full public view" - is entirely without foundation. .

Furthermore, as soon as the City learnt about the open toilets, they attempted to enclose them. But the ANCYL wanted them open, because it suited their agenda. The 55 open toilets happened to be located in the precise area where the ANCYL's leading "thugocrats", Andile Lili and Loyiso Nkohla, conduct their reign of terror. Given the contradiction between the community's wishes and the ANCYL's actions, there is only one conclusion: the open toilets were a direct result of the ANCYL's intimidation in order to drive their political agenda.

I experienced this first-hand when I visited the area to speak to members of the community. I was informed that the last person to openly express opposition to the ANCYL, had to live with the consequences. Despite their palpable fear, the first two families I spoke to said they wanted the City to enclose their toilets. But then a menacing individual arrived, refused to give his name, and said people could only speak to the community through the "committee". It was an instructive, if devastating, glimpse into life in a closed, fear-driven community, run by the "thugocrats" of the ANC Youth League.

Many people understand the political motives of the ANCYL, but argue that we should just put this to rest by providing the concrete-enclosed toilets?

I put this to the officials working on the project. And I found the answer instructive.

The upgrading of informal settlements has two phases. The first involves the provision of infrastructure services: roads, stormwater, water, sewage etc. The second is the erection of a top structure (the house). It is essential to ensure that the two phases are aligned. If concrete toilet enclosures are provided on each erf during phase one, they must be removed in phase two in order to incorporate the toilet into the house. This means an additional cost of R4,000 per erf. This amount has to be deducted from the R75,000 subsidy for each family's top structure. This means, in practical terms, that a concrete enclosure in phase one, will result in a house in phase two that is two square meters smaller than it would otherwise have been. If you enclose your own toilet in phase one, it can be incorporated into your house in phase two, and you will reap the benefit of a bigger house. This is why families choose to enclose their own toilets in phase one. It is an empowering and logical choice. That is, until the ANC Youth League decides otherwise.

The saddest aspect of this saga is the pitiful report of the Human Rights Commission, which is full of the factual inaccuracies required to reach the conclusion that the Council violated the human rights of the residents of Makhaza. It is the clearest possible demonstration of what happens when the ANC deploys its parliamentary cadres into institutions that are supposed to be independent of the ruling party. They become extensions of its power abuse instead of limits on its power.

Three years ago when the City was locked in a make-or-break battle with the Province over the unconstitutional Erasmus Commission, Professor Pierre de Vos took me to task for saying: "some judges allow themselves to be used and, unfortunately, (Judge) Nathan Erasmus is one of them." Today, I repeat that in relation to the SA Human Rights Commission: Some Chapter Nine institutions allow themselves to be abused and, unfortunately, the SA Human Rights Commission is one of them.