An ignoble and corrupt parasite 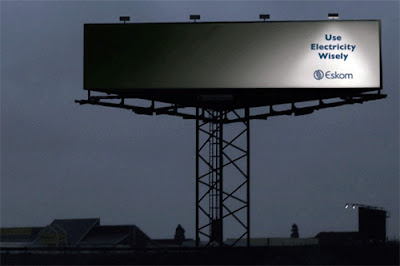 Tomorrow, Thursday 8 Apri,l the World Bank will decide whether to grant Eskom a $3.75 billion loan to finance Hitachi Africa’s building of a coal-fired power station in Medupi, Limpopo.

This decision has serious implications for the health of South African democracy.

Hitachi Africa is 25% owned by the ANC’s investment arm, Chancellor House. This means that the ANC has a R5.8 billion stake in the deal, from which it will make an estimated R1-billion clear profit – enough to fund its election campaigns and the lifestyles of its leaders for years to come.

If the loan is granted and the deal goes through, no opposition party may ever be in a position to compete fairly with the ANC again. The ANC will entrench its single party dominance and, in doing so, gravely weaken our democracy.

How can a political party in control of the state have a stake in a multibillion rand state tender?

This was achieved through the dual role of a key player on the tender committee – the former Chairman of the Eskom Board, Valli Moosa, who is also a member of the ANC’s National Executive Committee. Moosa did not declare this conflict of interest, and he didn’t recluse himself from the tendering process.

This was enough to warrant an investigation by the Public Protector, following a formal complaint submitted by the DA when the story first broke in February 2008.

This ruling is bizarre. If there is a conflict of interest that is not declared, the process should be declared null and void. There is no way that the Public Protector – or anyone else for that matter – can say that the decision was taken in the public interest rather than the ANC’s interest.

Lawful or not, the awarding of the contract to an ANC front company is corruption on a grand scale. Whatever way you look at it, it is the abuse of public office for political gain. If this scourge of “legal corruption” is not stopped in its tracks, democracy in South Africa will wither and die. It is as simple as that.

Former President Thabo Mbeki recognised this back in 2005. In a moment of candour, he said of the ANC’s corrupt tendencies:

“What we do in this regard will define whether our organisation, the ANC, continues to maintain its noble character as a servant of all the people of South Africa, or degenerates into an ignoble, blood-sucking and corrupt parasite, an enemy of an immensely heroic people.”

The ANC today, under Jacob Zuma, is taking South Africa close to the vampire state that Mbeki warned about. And, by acting in its own self interest instead of the public interest, the ANC has become an enemy of the people.

Tenders are not awarded on the ability of the winning bidder to do the job, but on the basis of the company’s connections with the ANC. This is why Julius Malema was awarded R140 million contracts to build bridges that fall apart. This it is why Hitachi Africa got the contract to build coal-fired power stations.

We fully support the need for a World Bank loan to build the power stations so that we can prevent another electricity crisis.

But the ANC’s corrupt involvement in this deal has forced South Africans into an invidious position. South Africans must choose between the need for sustained energy and the future of democracy.

According to the World Bank’s own protocols, tit should not even consider this loan because it will directly benefit a political party. The protocol prohibiting this is designed precisely to prevent the kind of power abuse witnessed here.

Suggestions are emerging that the World Bank will only agree to fund a portion of the deal from which the ANC will not benefit. But this cannot be assured unless the ANC is removed as a shareholder in Hitachi Africa, and a stakeholder in any part of the power station deals. As the arms deal scandal has shown, these complex deals have many layers, involving primary contracts and subcontracts that can be used to disguise major corruption. The World Bank must have no part in a deal from which a political party stands to profit in any form.

On Tuesday next week Helen Ziller will meet the Head of the World Bank in South Africa, Ruth Kagia, to discuss the loan. The case will be made that South Africa needs this loan to build the coal-fired power stations. Indeed, the DA was calling for this type of infrastructure investment years before the advent of load-shedding.

It will be pointed out that by granting the loan, the World Bank would effectively be bankrolling the ANC, in contravention of every principle of democratic practice, and against the World Bank’s own protocols. It will be proposed that, should the World Bank be willing to grant this loan, it should do so only on the condition that the ANC and its front companies divest themselves entirely of any stake in Hitachi Africa, or any of the sub-contractors in this deal.

Helen Ziller will present this case to every major World Bank member involved in making the decision before its meeting next Thursday. In this regard a meeting will be held with the US Ambassador and the British High Commissioner on Tuesday next week.

. The DA is currently consulting its lawyers to assess its legal options should the deal go through. It simply cannot allow the ANC to award multibillion rand tenders to itself.

The ANC is well aware of how the apartheid government fostered corrupt relationships with big business to cement its electoral dominance. In 1997, when the ANC was almost bankrupt, outgoing ANC treasurer Makhenkesi Stofile set out the ANC’s new approach to fundraising at its national conference. He said:

“There were a number of options (available to the ANC). One was the National Party option, which formed companies and gave them contracts which produced a steady basis of income. We didn’t think that would be a good thing to do. We then considered joint ventures and also thought that they would not be viable and would be the source of conflict. We opted for the role of facilitators for black business in the country. There are black businesses whom we have been able to turn to when we’re in trouble”.

BEE legislation soon followed and with it the creation of instant millionaires, indebted to the ANC. It was this small group of politically connected businesspeople, who would fund the ANC.

But it did not stop there. The ANC soon followed the National Party’s example. Why simply rely on the donations of those who benefited from state contracts, when the ANC could get those contracts directly? And so Chancellor House was established – a front company for the ANC itself. The purpose of Chancellor House is to enable the ANC in government to channel contracts to the ANC in business in order to fund the ANC as a political party and enrich its leaders. This, exactly, is the pathway from cronyism, to corruption and the criminal state.

The DA will do everything it can to stop this power abuse now and in the future. Political parties exist to serve the people, not to abuse state power to enrich themselves and their leaders. It is high time the ANC learned this. And it is time that more people began questioning the ANC’s ill-gotten fortune and moral bankruptcy.
Posted by Sarah Maid of Albion at 13:09