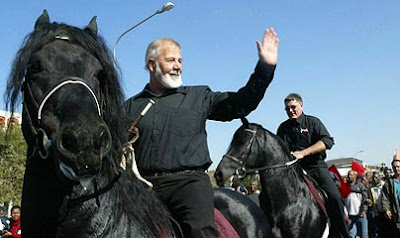 Mr Terreblanche was beaten to death on his farm in the north-west of the country, the reports said.

He became the champion of a minority determined to stop the process that was bringing apartheid to an end.