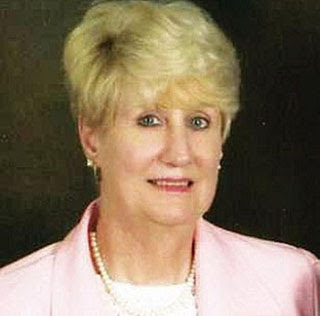 Days before the start of the world cup, the gardener of the two frail and unarmed Afrikaner women who were tortured to death on March 6 last your has been found guilty of their violent and sadistic murders by a South African Court.

The court found that the gardener Joseph Hlongwane, 22, had tortured to death 76 year old Alice Lotter and her daughter Helen. No explanation was given by the gardener as to why he had displayed such extreme cruelty, the torture had continued for at least three hours before the women died.

Mrs Alice Lotter died from multiple, deep stabbing wounds to her neck and throat; her daughter Helen, suffered 'severe, repeated, sharp trauma injuries to her lower body administered with knives and a broken beer bottle.' A post-mortem examination revealed that all of Helen’s front teeth were bashed out and that her entire body and face were ‘covered in severe bruises, chafing and stabbing wounds. During testimony from the coroner it was revealed that broken glass had been inserted into Ms Lotters genitals after which she had been savagely and repeatedly kicked in the groin. Her sexual organs internally and externally were extensively mutilated – some body parts including her cervix and uterus were completely missing:

Ms Lotter's breast had also been removed, and used to write the anti-white slogans such as "Kill the Boer" on the wall.

All this occurred whilst the women were still alive.

The verdict comes two months after the violent murder of Afrikaner Resistance Movement leader Eugene Terreblanche and mere weeks after South African Farmer Johan Strydom was murdered after being chained to the back of his truck and dragged around his farm, allegedly by three black men.
Posted by Sarah Maid of Albion at 13:17