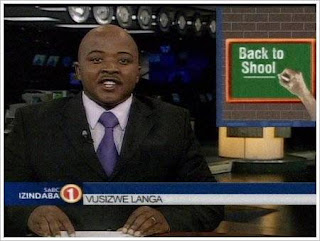 South African Broadcasting Corp
Johannesburg - Eighteen schools, half of them in Limpopo, got a zero percent matric pass rate.

Four schools followed suit in KwaZulu-Natal, three in the Eastern Cape, one in the North West and one in Gauteng, according to figures by the basic education department following the release of the 2009 National Senior Certificate results. 'snip'