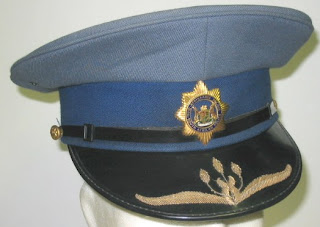 Officers held for robbery
Eleven people, including two police officers were arrested for being involved in a spate of bank and business robberies in Ventersdorp, Orkney, Christiana and Wolmaransstad, the North West department of public safety said on Friday.

"The captain and inspector are alleged to have escorted members of the syndicate to and from targeted banks and businesses.

After driving around with Piet Erasmus for hours, he was forced onto his knees at the side of a road. He expected to be shot, but the hijackers fled when two teachers drove past.

"They saved my life. The hijackers would've shot me there and then if they hadn't driven past," said the 51-year-old
Continue reading

According to claims by the Democratic Alliance the police are "unwittingly fuelling the illegal arms trade" by ordering thousands of new pistols to replace those that have been lost or stolen.

A Democratic Alliance spokesperson Kohler Barnard claimed that the 4 000 new pistols ordered by the SA Police Service (SAPS) were not to boost firepower, but "mostly to replace lost and stolen firearms".

"The ordering of about 4 000 new Beretta pistols means that another R16-million is being spent by the police on procuring weapons," Barnard said.

"However, we understand this order is almost entirely as a consequence of the fact that nearly 3000 police firearms were lost or stolen over a period of just six months last year."
Full report
Posted by Sarah Maid of Albion at 07:23