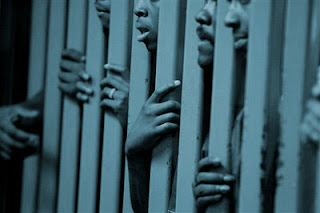 A group of 384 prisoners have told the Constitutional Court that the various presidents have neglected their duty by making them wait more than six years to find out whether they may receive pardons.
Lawyers for the 384 prisoners, who all claim membership of the IFP and are supported by the party in their claim, told the Concourt there was "no doubt" that the president had neglected to fulfil a constitutional obligation.

The lawyers filed their argument in the prisoners' case against President Jacob Zuma on Friday.

They said the delay in processing the pardons meant that "on the facts of the matter, the Office of the President has failed to fulfil the applicable constitutional duties diligently and without delay".
The prisoners want the Concourt to give Zuma, who inherited the problem, one month to consider and decide on their applications for pardon.

They also want the Concourt to find that the president failed to fulfil his constitutional duty to decide on their applications within a reasonable time, or that he failed to ensure that the Ministry of Justice and Constitutional Development processed the applications properly.

The prisoners filed their requests for pardons between March and October 2003, when Thabo Mbeki was president.

They sent them to the Department of Justice, as agreed with that department.

"All applicants alleged that their respective applications for pardon were based on the fact of them having been convicted for crimes performed with a political objective or political motive," the prisoners' lawyers said in their argument.

"In that sense, the 384 applications were similar to those of 33 ANC and PAC members who were granted presidential pardons in the course of 2002."

News source
Posted by Sarah Maid of Albion at 13:25