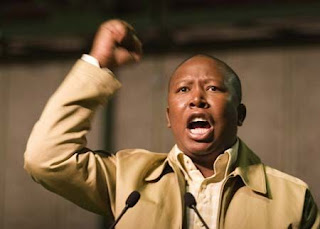 According to reports while on the world's largest passenger ship, The Oasis of the Seas, young Zuma apparently stayed in a suite costing between R150 000 and R250 000 ($20,000 -$33,000) per week. However, when asked to comment on the reports he responded that he was "not prepared to talk about it,"

Zuma allegedly uses a two deck suite boasting panoramic views over the water, and even includes its own concierge. The master bedroom on the top deck is equipped with a shower for two, while the bar and private balcony are on the lower deck.

According to media sources, Duduzane was surrounded by Indian businessmen most of the time. "They partied in the bars until the early morning hours."

South African passengers flew to Florida in the US to board the ship at Fort Lauderdale for the cruise from 19 to 26 December.

Meanwhile, also afloat. Julius Malema was spotted partying on the luxury yacht Foreplay early in December, however, the party is shrouded in mystery.

Mark Engledouw, manager of Foreplay, boasts of clients including celebrities such as Charlize Theron, Robert de Niro and Matt Damon. But he didn't want to say a word about the party at which Malema was spotted, and would not confirm or deny that Malema had been on the yacht.

"What happens on board, stays on board - it's an unwritten rule," he said when asked.

Despite eye-witness reports, Malema himself denied having been on the yacht. "No, no, no. If I had been at a party on a boat I would have known about it. I would have been in charge [of the boat]."

Malema is well-known for this luxurious lifestyle, and has had quarrels with his neighbours in Sandton over loud and extravagant parties at his home.

In an earlier interview, Malema stated that his lifestyle serves as an example for the poor, proving "that the ANC can change a township man's life".