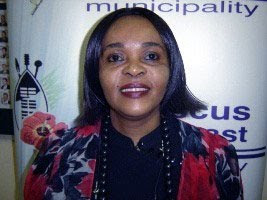 The Swanepoel family are likely to be among those happy at the impending arrests of more suspects in the drug case linked to Sheryl Cwele, the wife of State Security Minister Siyabonga Cwele.

Since Tessa Beetge, 31, was arrested in Brazil with R3 million worth of raw cocaine, her parents, Swannie and Marie Swanepoel, of KwaZulu-Natal's South Coast, have maintained she didn't act alone.

Other members of Beetge's family have also spoken out, including a cousin, Richard Olsen, based in Cape Town.

According to reports in March last year, Olsen called Sheryl Cwele and sent her numerous emails and SMSes.

Cwele and Beetge were apparently neighbours in St Michael's on Sea.

And in correspondence with Cwele he demanded answers, apparently saying: "Please outline all dealings and responsibilities in this matter as discussed with you earlier today, regarding your involvement in securing work as the evidence shows SMS and calls and correspondence to Tessa. I will be in contact with you every day until you decide to pick up the phone, alternatively please phone me back."

Olsen said: "I didn't think for one second that Tessa was guilty, because she has two daughters and she has been a churchgoing, non-drug-taking girl all her life."