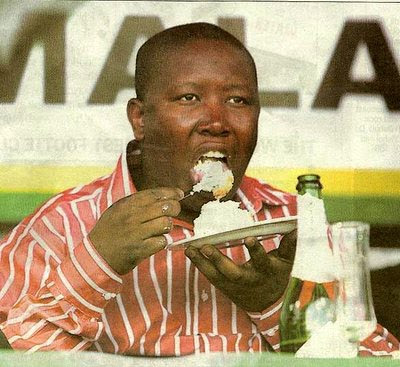 The Sunday Times, City Press and Rapport all allege Malema has benefited substantially from several tenders - and that most of them stem from his home province Limpopo, where he wields significant influence. According to the Sunday Times, official tender and government documents show Malema was involved in more than 20 contracts, each worth between R500 000 and R39m between 2007 and 2008. One of Malema's businesses, SGL Engineering Projects, has profited from more than R130m worth of tenders in just two years. Among the tenders awarded to SGL, notes the report, was one by Roads Agency Limpopo, which has a budget of over R2bn, and which is headed by Sello Rasethaba, a close friend of Malema. Rasethaba was appointed last year shortly after Malema's ally, Limpopo Premier Cassel Mathale, took office
Both the ANC and the Youth League have strongly defended Malema, In a report on the News24 site, the ANC pointed out Malema had not breached any law or code of ethics by being involved in business. Spokesperson Brian Sokutu said: 'Comrade Malema is neither a member of Parliament or a Cabinet Minister and he has therefore not breached any law or code of ethics by being involved in business.' ID leader Patricia De Lille said Malema should stop pretending to represent the poor when he was living in opulence earned from the poor and ordinary taxpayers in a society plagued by the worst inequalities in the world. She called on the SARS to 'tell us if Malema has paid his taxes'.
Report continues