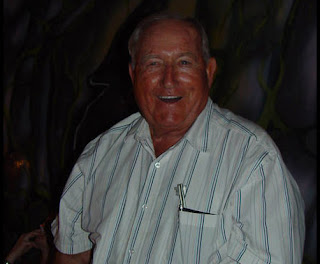 The man accused of murdering Heia Safari Ranch owner Franz Richter has claimed a top cop tortured him and forced him to implicate his co-accused, Celiwe Mbokazi, Richter's widow.

One of the alleged killers of Heia Safari Ranch owner Franz Richter first blamed dagga when he implicated himself in the murder. He claimed that he was highly under the influence of dagga when he linked him and four of his male co-accused in the murder.

On Monday, eight months later, Johnson Tshepo Chirwa, 34, abandoned his earlier version and claimed in the Johannesburg High Court that the investigating officer Inspector Jakobus Abram Joubert dictated his confession to him.

Chirwa made the claims when he was taking the stand to exonerate him on charges of murdering Richter outside his farm on November 28 2007.

Chirwa stand accused along with Gilbert Mosadi, 32, Dumisani Sibusiso Xulu, 39, Ronnie Mazwi Khumalo, 29, Vincent Dlamini, 31, and Richter's common-law wife Celiwe Mbokazi. In his confession, he implicated all of them except Celiwe in the murder. He gave detailed account, acting on Khumalo's advise, on how Richter was to be attacked on the day he was about to pay wages to his employees on the farm.

Surprisingly on Monday, Chirwa made no mention of the effect dagga had on him when he took the stand for the final stages of the trial which began in April last year. He also accused the police of having stolen cash of R7000 and couple more rands when they arrested him for the murder and robbery. Police had to set the bush on fire where Chirwa and Mosadi were hiding minutes after the attack on Richter.

Richter was found in his car with a fatal bullet wound.
Source