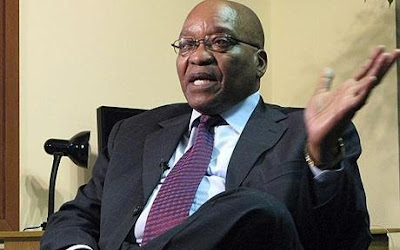 Solidarity union's anti-crime campaign saw President Jacob Zuma receive a letter in his inbox every six seconds after thousands of members of the public signed in to the website www.dearpresident.co.za where an open letter to the president was published.

It states: "Dear Mr. Zuma... we looked forward to your state-of-the-nation address with great anticipation. We were especially anxious to hear what you have to say about crime....

"Only two percent of your speech or 115 of your 4 411 words were devoted to crime. In other words, in a speech that lasted almost an hour, one minute was spent on crime."

The letter is signed, "Concerned citizens of South Africa".

At one point the website posted a Twitter message saying: "The president is receiving one letter every six seconds!"

Full report
Posted by Sarah Maid of Albion at 05:34