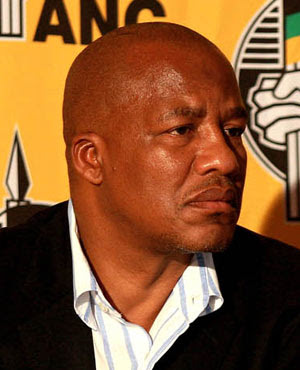 But this did not put him off doing his job - he did a phone interview with Sapa about youth leader Julius Malema around 09:00, an hour after the arrest, when he was apparently still being held at the Mowbray police station.

He was more than three times over the legal limit, said JP Smith, the mayoral committee member for safety and security in Cape Town.

"Jackson Mthembu was arrested this morning [Thursday] on the N2 for driving in the bus lane. When they pulled him over, there was a strong smell of alcohol and they arrested him," said Smith.

The arrest was made around 08:00 on the N2 near the Pinelands off-ramp by the so-called ghost squad, the City of Cape Town's special unmarked high performance traffic unit.

Mthembu gave a lengthy telephone interview with Sapa around 09:00 about the criminal complaint against youth leader Malema singing "kill the boers, they are rapists", during which Mthembu at one stage started singing the song over the phone.

When called back later to ask if he had been arrested for drunken driving, Mthembu replied: "I can't comment".

Smith said a colleague driving behind Mthembu pulled off the highway and tried to stop the officers from cuffing him. It was only then the officers realised he was a high-ranking politician, said Smith.

Mthembu was first taken to Mowbray police station. Smith said a constable at the station did not want to process his case because he was a senior African National Congress member.

"They were unwilling to process the details against Mthembu. There was a threat made that our officers would be arrested," said Smith.

"The officers felt they were being intimidated because of the political credentials of the person involved."

The ghost squad members then took him to the Safely Home Anti Drunk-driving Operations War Room (Shadow) in Athlone.

"The law should not protect politicians," said Smith.