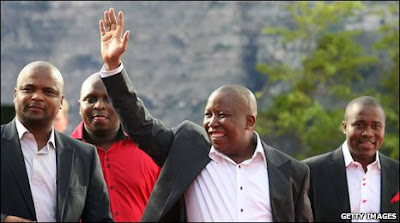 Deputy President Kgalema Motlanthe on Wednesday dismissed calls for lifestyle audits of politicians as populist, and declined to comment on the furore over tenders given to companies linked to ANC youth league leader Julius Malema.

Answering questions in the National Assembly, Motlanthe stressed that lifestyle audits were a special measure used by the SA Revenue Service (Sars) to investigate more than 10 000 individuals in the past two years.

He said anybody who harboured suspicions about an individual could blow the whistle to the tax service, possibly triggering such an audit.

But existing corruption laws and regulations on disclosure of assets and interests for Cabinet members and MPs and their spouses did not need to be backed up by routine audits.

"In the light of the above, Cabinet has not considered lifestyle audits as it is clear that there are all these measures already in place," Motlanthe said.

His reply echoed a recent rebuff by President Jacob Zuma to calls by the Congress of SA Trade Unions for lifestyle audits to target politicians who are enriching themselves.

"It is a term in vogue now, but if the mechanisms to conduct such lifestyle audits are not in place we can also create other difficulties, and the public representatives are already subjected to all these measures," Motlanthe said as one opposition party after the other endorsed the call.

Story continues
Posted by Sarah Maid of Albion at 10:05