What has become of the ANC? 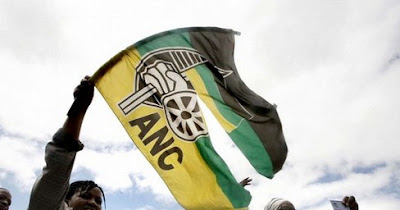 The ANC has become an insult to all those who carry its membership cards and those who voted for it last April - and to the many who died for it over the years.

Yes, sir, I mean you too, you who loves sending angry messages, often with accusations of racism, to the News24.com comments section whenever anyone criticises the government or those in Luthuli House.

What has become of the self-respect of this once proud organisation that was formed 98 years ago and brought us giants such as Sol Plaatje, Albert Luthuli, OR Tambo, Walter Sisulu, Chris Hani and Nelson Mandela?

If I were a member of the ANC, I would stand up and demand that my leadership immediately deal with Youth League president Julius Malema with his gangsta lifestyle, with his blatant lies and with his insults to the media and all others who don't like him.

Come on, the entire nation knows that you cannot buy a R814 000 AMG Merc, a R250 000 Breitling watch, two houses worth more than R5m, a dressing room full of Fabiani and other designer clothes, a Louis Vuitton handbag worth R4 800 (yes, Juju wears handbag) and who knows what else on a salary of at most R40 000 (he said the other day his salary, rumoured to have been R20 000, had at least been doubled recently).

His monthly payment on his bonds of R2.35m on the two houses (it is there for anyone to see in the Deeds Office) alone cost him R23 462 a month.

I have a very good idea about how expensive life is if your name (or your benefactor) is not Tokyo Sexwale or Nicky Oppenheimer.

I live in a modest home in a working class Cape Town neighbourhood, I drive a four-year-old Peugeot station wagon, I buy my clothes from Woolworths and Cape Union Mart, I have a six-year-old Swatch watch I bought on a sale and I have very little spare cash at the end of every month. (I don't even have a handbag.)

Yet I am double Juju's age, I have two university degrees (plus an honorary one), I have been a newspaper editor, a television executive and a university lecturer and I have published eight very successful books.

Malema has a bad matric and absolutely no training for anything apart from political rabble-rousing.

(Oh, ok, I only have degrees in law and political science, but Juju has an honorary doctorate in Tenderpreneurship.)

Come on, we all know Malema was lying when he said he didn't have anything to do with any companies in business with local and provincial government.

Not only is his name still registered on those companies' books, he even declared (repeatedly) that he had resigned as director of SGL Engineering Projects when he was elected to his Youth League position - but SGL only came into existence after that date!

Stealing from the poor?