Mandela let us down - Winnie 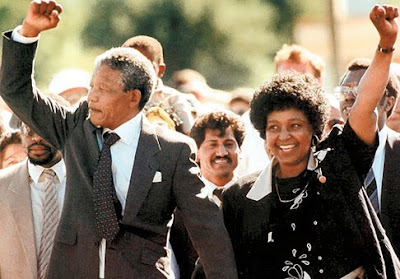 Winnie Madikizela-Mandela has bitterly lashed out at Nelson Mandela in an interview published in the London Evening Standard this week.

She said South Africa's first democratically elected president, who is also her ex-husband, had become a "corporate foundation" who was being "wheeled out to collect the money".

Madikizela-Mandela also called Archbishop Emeritus Desmond Tutu a "cretin", in the interview with Nadira Naipaul, who visited her with her husband, the writer VS Naipaul, in Soweto.

"Mandela let us down," said Madikizela-Mandela.

'Bad deal for the blacks'

"He agreed to a bad deal for the blacks. Economically, we are still on the outside.
Source